An interesting place to visit in Israel - Haifa 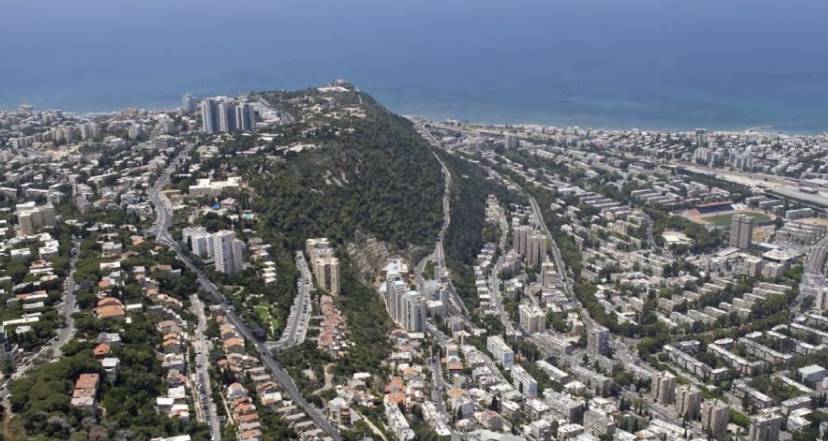 Haifa is the third-largest city in Israel, and ranks among the top three most populous

metropolitan areas. It houses the Baha’i Faith’s Baha’i World Centre, a destination for pilgrimage
for those of the faith and also a UNESCO World Heritage Site.

Haifa is built on the slopes of Mount Carmel. The city has a history of over 3000 years.
The earliest known settlement related to Haifa was established in the Late Bronze Age. Both Mount Carmel and Kishon River are mentioned in the Hebrew Bible. Historical mention of Haifa occurs since the Persian and Hellenistic periods.

German messianics including several Templers arrived in Haifa and settled in what is now called the German Colony in 1868. This was the beginning

of Haifa’s introduction to industrialization. The Templers were the one who built a steam- powered station and opened factories. They also inaugurated carriage services to the nearby settlements of Tiberias, Nazareth and Acre. All of this played a
key role in jumpstarting Haifa’s modernization.

The buildings hosting the spiritual as well as administrative headquarters of the Baha’i
Faith are on Mount Carmel in Haifa. Designed by a Canadian landscape architect, they coordinate and govern the Baha’i Faith. The global teaching plans, the study and the translation of the Baha’i holy writings are all done here. It is where the Universal House of Justice is located, which is the Baha’i Faith’s supreme governing body. This is also a site of pilgrimage, attracting 1 million pilgrims of the faith every year.

There are garden terraces built around the Shrine of the Bab on Mount Carmel, called the Hanging Gardens of Haifa in popular terminology. There are nineteen terraces in total, and the gardens sweep down towards the port city itself.

The gardens have elements of design based off the Nishat Bagh gardens of Jammu and Kashmir, Persian gardens of Shiraz and English gardens. This is one of the most popular tourist destinations during a visit to Israel. The Monument Gardens are a set of gardens holding the graves of some members of the Baha’i holy family.

Haifa’s culinary scene is strong, with a wide variety of cuisines that are both accessible and delicious spread across the city’s restaurants. At Douzan, located inside a Templer building from
the 1870s in the German Colony, you can get fusion cuisine of meat and seafood. Elkheir Druze Cuisine serves excellent Mediterranean and Middle eastern food with the matching ambience. At Fattoush, you can get Middle eastern food inspired by multiple cultures. Other restaurants serve excellent Levantine, Italian and Asian cuisine.

There are a variety of clubs
that cater to the club-hoppers. Syncopa offers live music, with Israeli rock and soft folk songs alike. Eli’s Pub is known for its exclusive jazz performances, live music concerts and more. Places like the Libira and the Cantina Sociale are the best places for alcohol connoisseurs looking
to spend some of their vacation time. While most of these places serve great cuisine and beverages, late-night restaurants such as the Borekas Turki M’Izmir should be tried before leaving Haifa.