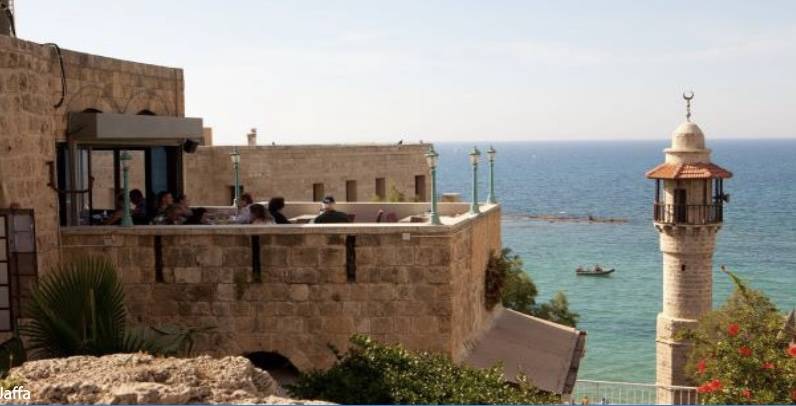 Jaffa is an ancient port city in Israel to the south of Tel Aviv, said to date back to the time of the Great Flood. Mythological sources claim its name comes from Noah’s son Japheth or from Cassiopeia, the mother of Andromeda. It has both historical and strategic importance, and the passing of years has made it a wonderful tourist attraction.

Ancient Jaffa’s location gave it strategic importance in battles, having a broad view of the coastline. It was established in around 1800 BCE at the very latest. It has been mentioned
in an ancient Egyptian letter from 1440 BCE that tells of the conquest of the city by the Egyptian Pharaoh Thutmose III. It exchanged hands several times between warring factions.

After renovations, the old port of Jaffa now teems with life and activity. It houses several bookstores, cafés, nightclubs and more.

The flea markets of Jaffa are where you can find an eclectic mix of wares. There are Persian carpets, African design shops, amulets to ward off evil, Israeli antiques, Israeli fashion design in the mid-range and inexpensive Middle-eastern clothes. In the Old Jaffa Hostel, you can get a nap in between shopping binges.

The best aspects of Jaffa must be its restaurants where traditional Israeli and Levantine cuisine like hummus, shawarma, shakshuka, kebab or falafel abound. Jaffa residents will swear that the

best hummus you’ve ever
tasted is sold here. Traditional Arabic cooking is prevalent as well. Great fish restaurants are scattered over the port city, alongside Romanian restaurants, European cafés, Tunisian bistros and several places that specialize in high-end fine dining. There are bars for the wine and cocktail lovers, and the bakeries in the city will cater to your dessert cravings.

Israeli artists have been living in Jaffa’s Old City for decades, and the newer generation have moved in to join them. The artisans here sell locally made ceramics as well as crafts, high- end wares and fair-trade items.

There are several museums and galleries of note to visit in Jaffa. This includes the Frank Meisler Gallery, the Uri Geller Museum, Ilana Goor Museum, the Iris Eshet Cohen Gallery, the Jaffa Art Salon and more. All of these have beautiful art and pieces of Jaffa’s history on display for curious art lovers and tourists.

DYNAMIC MIX
OF CULTURES
Jaffa is populated by Jews, Christians and Muslims. The Tabeetha School, established in the 1800s offers education to people of every religion and sect. Jaffa is a center of cross-cultural heritage that strikes a balance
to ease tensions between the several conflicting sects in Israel. The Jewish Community Center brings Jaffa residents together
to share their food, music and traditions.

Jaffa’s heterogeneous mix of people and cultures make it perhaps of the most dynamic places on the planet. If you’re looking for a good time on your visit to Israel, Jaffa’s culture and the variety of attractions here make it the hottest spot you should stop by.